Startups & Innovation are Growing in Guanajuato, Mexico: Here's What I Saw 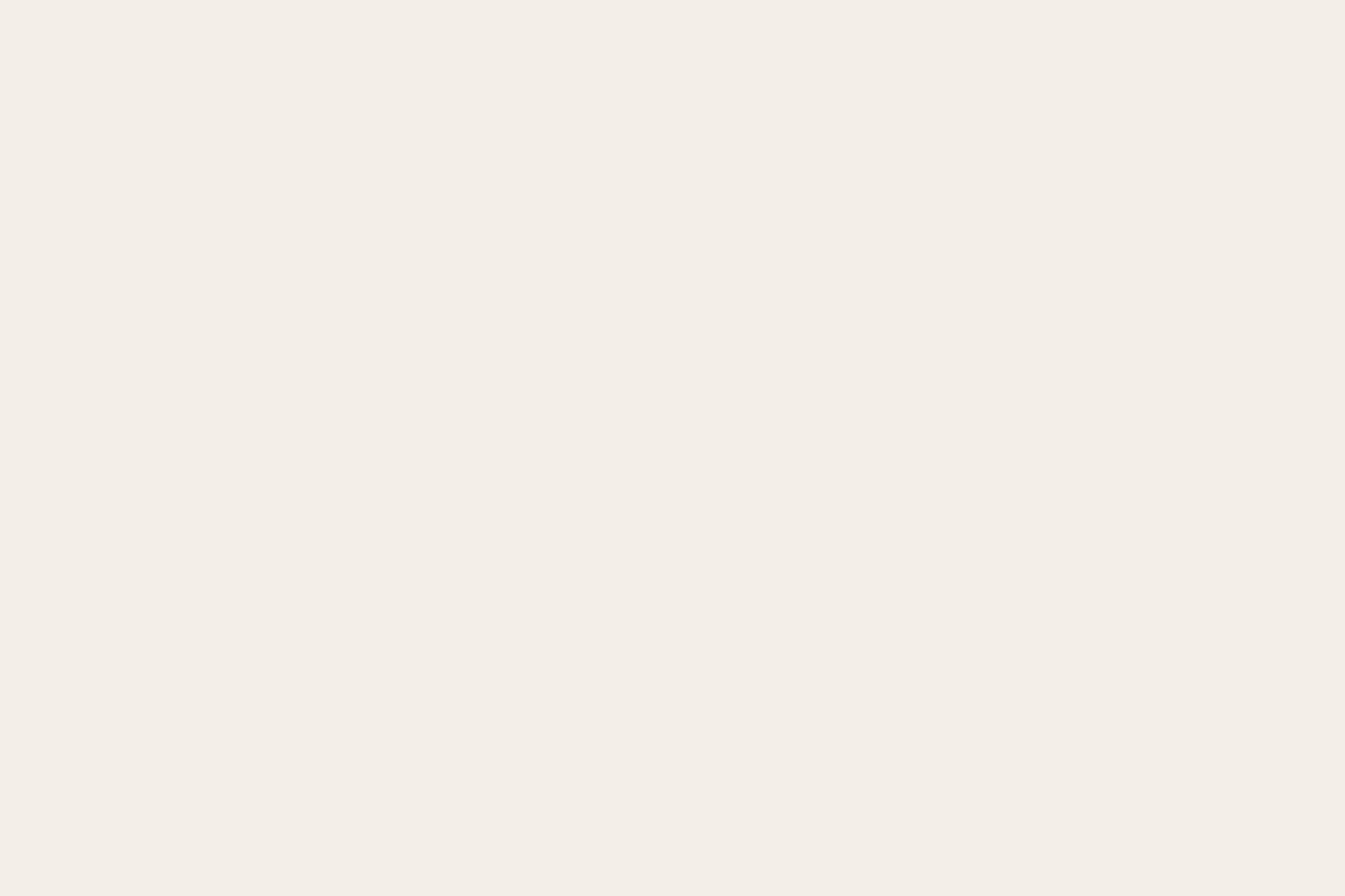 A couple weeks ago I had the opportunity to attend Capital Startup Capital 2022, an annual gathering of Latin American startup founders and investors, at the beautiful Caminos de Vinos hotel and vineyard, just 30 minutes outside of Guanajuato, Mexico. The hotel sits at 2400 meters (7,800+ ft) above sea level with wide, sweeping views of Guanajuato Capital, Silao, and Léon, Guanajuato’s municipal seat, in the far distance.

As I learned from the hotel’s sommelier during a tour, the property dates back to the 16th century Spanish colonization of the Americas. By 1860, it was home to the most important silver mine in the Mexican Republic. The property sat dormant for nearly a century until it was acquired in 2007 by Lintel, an environmentally conscious Mexico-based design-build company. What was a centuries-old silver mine soon became an ambitious effort of ecological and social restoration to recover the ecosystem and biodiversity of the area. Today it is home to both Caminos de Vinos and Diada Cristo Rey, the highest fully sustainable community in Mexico.

What occurred to me toward the end of my stay is that the storied history of the centuries-old Jesus Maria mine served as an apt metaphor for the ambitious Guanajuato startup and innovation ecosystem, which holds incredible promise to bring positive impact and economic sustainability to Guanajuato State's six million people.

In June 2021, Guanajuato Governor Diego Sinhue Rodriguez Vallejo unveiled the “Valley of MindFacture Guanajuato,” a decades-long strategic vision of a future state where social, economic, education, environmental and government goals intersect within the innovation ecosystem through alliances and collaboration.

It turns out, the Governor wasn't messing around.

Six months later, the Governor announced the launch of the online platform Valley of MindFacture, a hub "for entrepreneurs, programmers, designers, scientists, researchers, engineers, architects and dreamers. For all those who want to go to the next level.” The platform offers mentorship, masterclasses, events, hackathons, scholarships, connections, and more across the growing innovation ecosystem.

“It is a portal to go into a great ecosystem that has in Guanajuato 37 industrial parks, 8 innovation parks, hundreds of startups, incubators and accelerators of businesses that are highly competitive” ~ Governor Diego Sinhue Rodriguez

I had the pleasure of meeting the Governor during my visit to Guanajuato, thanks to Juan Antonio Reus Montano, General Director of the Institute of Innovation, Science and Entrepreneurship for Competitiveness for the State of Guanajuato, also known as Idea GTO. Antonio has been instrumental in bringing Capital Startup Capital to fruition in collaboration with various partners including U.S.-based Manos Accelerator, Maquia Capital, Mundo Ejecutivo, AnD Ventures, AMEXCAP, KiwiTech, and others. His efforts truly showed over the days I spent with him and I came away inspired.

Having a couple weeks to digest what I experienced in Guanajuato, I believe there are six predominant themes that will be highly relevant to Guanajuanto’s (and broader Mexico’s) success in building a healthy startup and innovation ecosystem over the next 3-5 years. Keep in mind, these are purely humble observations from an outside perspective, not from someone with deep expertise of working in this community. 🙏🏼

1. Connecting the (Ecosystem) Dots - Guanajuato is fortunate to have tireless innovation advocates like Antonio Reus Montaño, Director of Idea GTO. Over breakfast one morning in Guanajuato City, Antonio provided a small group of us an overview of the efforts of GTO before we had the honor of meeting Governor Diego Sinhué Rodriguez Vallejo. The vast innovation ecosystem that GTO and its many partners have organized is nothing short of impressive. I especially like the ease with which newcomers can join the ecosystem on GTO’s website. Most cities in the U.S. haven't made these efforts, other than homegrown ecosystem mapping done by entrepreneurs, and I wish more would attempt to capture the full spectrum of stakeholders in their community. It's a small, but often overlooked, step toward engagement and transparency.

It was clearly evident that these communities are growing, creating the bedrock for a healthy innovation ecosystem. As it grows, the most important piece of the Guanajuato ecosystem will be the connectivity between its many pillars, or in easier to understand terms, how startup founders and innovators are connected across the various supports. Comparing a startup ecosystem to what we find in nature, everything in nature is intricately connected and interdependent. The trees, soil, plants, animals and other organisms are all intimately reliant on each other. Startup ecosystems, however, are often constructed or planned and critically in need of founder-centered design in order to thrive.

Without founders being at the center of an ecosystem, supports turn into pillars, which turn into silos. Silos store information that is crucial for progress: networks, data, history, capital, alliances, innovation, etc. The importance of the ecosystem remaining open, transparent, and connected across its supports with founders remaining at the center guiding the direction of the ecosystem cannot be overemphasized. For the ultimate guide on this, read Brad Feld's Startup Communities: Building an Entrepreneurial Ecosystem in Your City.

2. Focus on the Rising Tide…of Women Founders & Innovators - Here’s the reality. Making a conscious effort to ensure women founders have an equal seat (and voice) at the table during the design and execution of startup and innovation ecosystems makes for better business outcomes, better economic outcomes, and safer societies for all. Having said that, don't let it be an afterthought or special project. Put it at the core of your efforts.

You’ve likely heard the saying, “the rising tide lifts all boats,” but I don’t think we emphasize enough the part where “all boats” get lifted. We all win when we strive for inclusion. Investing in women founders and innovators through capital and other ecosystem supports all the way down to school level provides a return on investment to the community that continues to multiply over time. It is quite simply the most logical decision with the highest payoff for an ecosystem to make.

I was encouraged to see so many women founders at Capital Startup Capital, but I also know there is a tremendous amount of work to be done to overcome biases against them being successful leaders of industry. Guanajuato and broader Mexico have a golden opportunity to seize the moment and reap the economic and societal benefits of gender equality. Raise the bar, set transparent goals, and be publicly accountable with the results. This is the easiest no-brainer there is when it comes to ecosystem investment.

3. Bridge the Gap, Between English and Spanish - On the internet there is an abundance of English-language content for founders, creators, developers, and innovators. What I’ve heard consistently is there is a gap in Spanish-language content in all media forms. This probably doesn’t come as a surprise to many people. However, the common misperception by many startup ecosystem builders is that English is the dominant global language and that everyone will or should adapt if they are expected to compete on a global scale.

There are two important points to emphasize here. While I have rarely encountered a language barrier in my experience with Latam founders (I'm yet to be fluent in Spanish), at least none that I couldn’t overcome, most still prefer to communicate in their native language. This is very important to honor and respect on many levels aside from the simple fact that people communicate better in their native tongue. And, two, localization is truly about access to resources for the multitudes who are unseen and largely unheard who may not have English language proficiency. Think about the youth. They make up the vast majority of the incoming Latin American entrepreneurship population over the next 5-10 years. Their need for Youtube videos and HubSpot articles in Spanish will only increase exponentially over time. Who will step up and meet this need? My guess? The creators.

4. Resist the Urge of Machismo and Self-Reliance - During my Capital Startup Capital talk on “Building a Network of Value,” I spoke on the requirements for a healthy tech and innovation ecosystem, beginning with the need for authenticity and experimentation without fear of judgment. A safe environment is crucial for members of a community to not only innovate and push the barriers of what is possible with technology, it allows people to be open with their own challenges: personal, social, or otherwise.

What happens when we operate in environments where we feel safer to be authentic about our own fears and challenges? It allows us to build deeper connections with others and find comfort and solutions from within our community. When everyone is wearing disguises, constantly covering up their vulnerabilities, the stigma of fear or failure of any kind compounds. Those communities also become less inviting to others from the outside over the long term. Authenticity always wins in the end. Fear of failure tears a community apart.

5. Authentic Mentorship is Still Essential - Several times during Capital Startup Capital I was approached by young promising entrepreneurs or future fund managers looking for career advice. While this isn’t an uncommon request across my inbox, what captured me was the determined search for role models by these individuals and their desire for finding meaningful purpose through their work.

These interactions accentuated the human need to find purpose and meaning through our contributions in our communities and to society. On its surface, tech and entrepreneurship can be enticing to young people looking for excitement, recognition, and a path to riches. But, under the surface, those pathways are anything but straight and smooth. When the road gets tough, which it inevitably will, good mentors and advisors who truly care and put the human before the business are priceless. Investing in these efforts will pay dividends, as they are essential to the Guanajuato ecosystem and today’s youth.

6. Everything Is Local, Until It’s Not - When the hit book, The World Is Flat: A Brief History of the Twenty-first Century, by Thomas Friedman was published in 2005, globalization was hotly debated and seemed to be at its peak. Since then, some have declared it dead, others have said it’s just transforming (i.e. not American anymore), and many are saying that COVID-19 will be the final nail in its coffin. What I’ve witnessed over the past few years in Latin American startups and venture capital is the fast move towards regionalism, especially prompted by the rise of fintech.

Startups across Latin America are rapidly growing in number, as are the volume of investment firms deal sourcing from Mexico to Chile. Nearly every Latam founder I’ve spoken with in the past year is already doing business across borders or intends to expand within the next six months. Several of the founders I met at Capital Startup Capital attended startup accelerators in the U.S., then returned to Mexico ready to put new learnings into play. I expect this trend to grow and would encourage tech ecosystems in Latam and the U.S. to build stronger cross-border bonds for the benefit of founders, innovators, and investors. These bonds go far beyond niche startup communities, but extend into impactful economic and workforce opportunities like the rapid growth of Silao, Mexico into a manufacturing hub for Hino Motors (Toyota), Teco Westinghouse, Volkswagen, Pirelli, GM, DENSO, and many others.

I left Guanajuato having met incredibly dedicated Latam founders from WeChamber, Branddu, Kutai, Scorce, WeAreSix, Mercado Bici, Airbag Technologies, and many others in person for the first time since we had connected virtually earlier in the year through mentorship or some other means. Many more founder and investor relationships were made over this event that I will take care to nourish with the authenticity with which they treated me as a guest.